SwissMAP is pleased to announce the opening of its Research Station in January 2021 !

Click here to download the proposal template .tex file to fill in and send it back to us at contact@swissmaprs.ch before September 30th 2020.

The SwissMAP Research Station (SRS) is a conference centre based in Les Diablerets (VD), organizing international topical conferences and targeted workshops in the fields of mathematics and theoretical physics.

The SRS welcomes approximately 12 week-long events per year during the winter and summer months. The center is located in the Hotel des Sources (***) and is fully equipped with blackboards and an interactive screen.

The SRS is easily reached by train from Geneva or Zürich.

The National Center of Competence in Research SwissMAP – The Mathematics of Physics is an interdisciplinary research center at the crossroads of mathematics and theoretical physics.

With the current Covid-19 situation, many conferences all around the world are being cancelled, postponed or moved online.

We hope that the SwissMAP Research Station will be inaugurated as planned in Les Diablerets in January 2021. If this were not possible, we will propose alternative solutions for all SRS events. This may be another location, an online set-up or a mix of SRS-based talks and remote participation.

We are committed to making the events planned for 2021 take place in all foreseeable situations.

The selection of events for this first year was made through a call for proposals internal to SwissMAP.  More details for each event will be added soon.

The theory of resurgence was introduced by Jean Ecalle in the 1980’s, partially motivated by the study of perturbative series in quantum theory. In the last years, there has been a renewed interest in this theory, with applications ranging from lattice gauge theory to string theory and random matrix theory. More recently, ideas of resurgence have been applied in the context of quantum topology and geometry, and connections are emerging with many important developments in mathematical physics, from topological recursion to wall-crossing and BPS states.

The main goal of this workshop is to explore the connections between quantization and resurgence. We want to address the impact of new developments in resurgence on the foundations and techniques in quantum theory, with particular attention to the recent interface with more geometric and topological ideas. Applications of resurgence theory to string theory and quantum field theory models will be also in the agenda. Another topic we plan to address in the workshop is the construction of a unified framework incorporating topological recursion and resurgence.

Formulating a quantum theory of gravitational interactions remains of the great challenges of modern physics.

Over the last two decades, a holographic approach to quantum gravity has been pursued thanks to the AdS/CFT correspondence which has enabled tremendous progress in this challenging field. Nevertheless, much remains to be done. The goal of “Advances in Quantum Gravity” will be both to assess the current status of the field by discussing recent developments, as well as formulate avenues to be explored in the years to come.

Particular emphasis will be put on the following themes:

What is the space of consistent theories of quantum gravity in AdS and how can the conformal bootstrap help to answer this question? What is the connection between black holes and random matrices, and what is the role of quantum chaos in quantum gravity? How can quantum information theory help us understand the emergence of spacetime and how the gravitational variables are encoded in the CFT?

In the last years, there has been important progress in the mathematical understanding of effective theories for interacting quantum gases and classical fluids. Notable examples are Gross-Pitaevskii theory for Bose-Einstein condensates, and the Boltzmann equation for rarefied gases. With respect to the fundamental microscopic laws of motion, effective theories involve a much smaller number of degrees of freedom and are usually nonlinear, due to an averaging mechanism taking place at a mesoscopic/macroscopic scale. From the point of view of physics, the emergent nonlinearity is often responsible for interesting collective phenomena, turbulence in fluids being one of the most striking. The workshop will focus on the analysis of effective evolution equations for many particle systems, with a particular emphasis on the emergence of turbulence from nonlinear dynamics, and on the rigorous derivation of effective theories starting from the fundamental laws of microscopic motion.

Warning : This conference is a satellite meeting of the ICMP 2021. It will take place in Leysin.

The Euler summer school is an event organized every year for all students of the Euler course, an EPFL program for highly gifted youth in mathematics aged 12 to 18 years. They are given a unique opportunity to work in mixed groups on specific projects, usually further away from the school program than the classes taught during the year. The younger students prepare a talk that they give on the last day for all participants. Teachers and EPFL students assist the Euler students during the week. The social aspect of this experience is also very important intros event, allowing the younger students to get to know the more advanced ones.

Recently, the AdS/CFT duality for the case of AdS3/CFT2 has been understood in quite some detail. In particular, a solvable world-sheet theory has been identified that has been argued to be exactly equivalent to the dual free symmetric orbifold CFT. While some of the features of this low dimensional example may be specific to the AdS3/CFT2 setting, one may hope that a number of general lessons may be more widely applicable. In particular, the AdS3/CFT2 example shows signs of a topological string subsector, and the world-sheet correlation functions have delta-function support; both of these features had also been conjectured to arise in higher dimensions, in particular, for the case of AdS5/CFT4. The realisation of higher spin symmetries on the worldsheet in the lower dimensional example may also afford clues about the higher dimensional case. The aim of the meeting is to bring the proponents of these various ideas together to try and make progress in deciphering the AdS/CFT correspondence in the tensionless string (i.e. free Yang-Mills) limit.

The mapping class group (in short, MCG) of a surface is a fundamental object of study in topology and in geometry, where it is regarded as the orbifold fundamental group of the moduli space of Riemann surfaces homeomorphic to the surface. Based on Tillman’s works, Madsen and Weiss proved that the stable part of the rational cohomology algebra is generated by the Mumford-Morita-Miller tautological classes. Before that, Johnson proposed to study the MCG through its action on the pro-nilpotent completion of the fundamental group of the surface. The two approaches to the mapping class group — cohomological and pro-nilpotent — were bridged in Morita’s works.

Recently, new developments occured: functor homology proved to be very useful to compute the twisted cohomology of the MCG, and the theory of « Johnson homomorphisms » benefited from explicit computations in small degrees. Furthermore, the theory was related to quite different topics:  the anabelian geometry of Grothendieck, the universal finite-type invariants of 3-manifolds, the Goldman-Turaev Lie bialgebra or the Kashiwara-Vergne problem.

The purpose of this conference is to strengthen these recent advances on cohomological and pro-nilpotent approaches of the MCG at the crossroad of algebraic topology, low-dimensional topology, group theory, number theory and Lie theory. Thought of as a sequel to the series of workshops « Johnson homomorphisms and related topics » held in Tokyo in the last years, it is intended to reach a wide community of mathematicians across Europe and beyond. 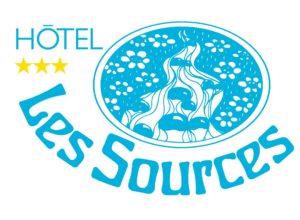