Gauged maps, Vortices and their moduli


A gauged map u is a generalization of a morphism Y → X between almost complex manifolds that takes into account a given symmetry under some group G on the target X. It is natural to consider objects that are invariant under this symmetry, assumed Hamiltonian, and a most sensible extension is to promote u to be a section of a G-bundle with base Y and fiber X. In gauge theory (on Y), this situation is very familiar when X is a representation space for G, but there is no need to restrict to linear G-actions.

The most central objects in this context are the moduli spaces parametriz- ing all gauged maps up to symmetry within a fixed homotopy class (under a suitable stability condition). They carry intrinsic geometry and have featured in important constructions from mathematical physics to enumerative geometry. Recently, they have been examined from viewpoints such as geometric quantization, localization in supersymmetric gauge theories, geometric group theory, and algebraic stacks. The range of applications has also been diversified, in their avatars as spaces of vortices, stable pairs or quasi-maps — e.g. in the exploration of new dualities in QFT, in quantum K-theory, and in the context of quantum integrable systems. This workshop congregates gauge theorists and algebraic geometers to discuss some of these developments and future prospects. A diverse program of research talks will be complemented by three minicourses: 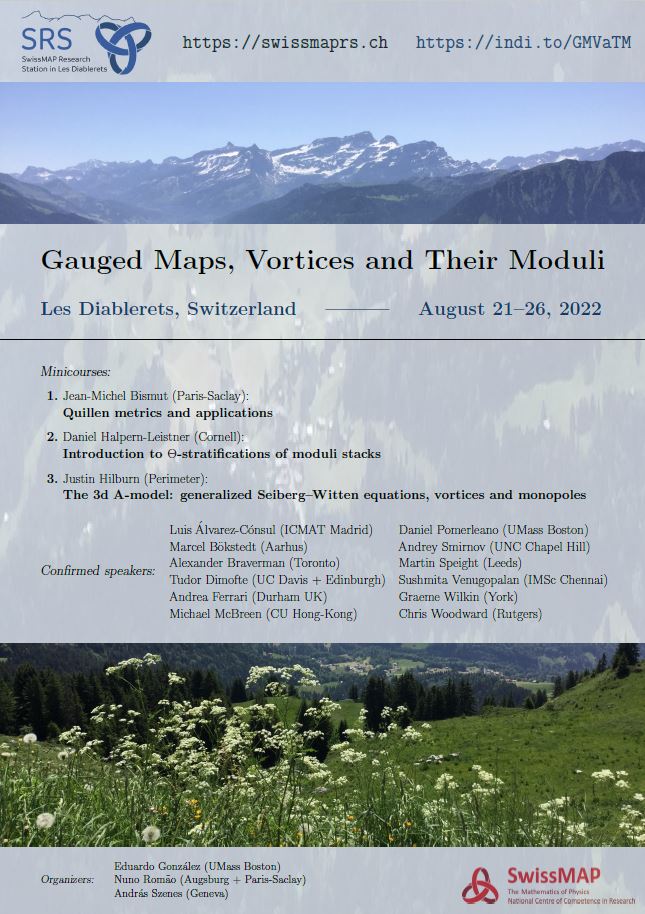